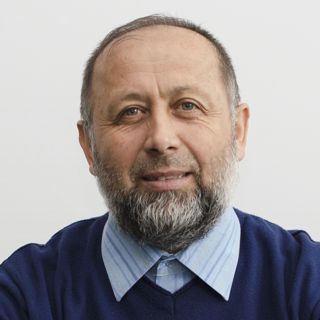 He was born on 3/4/1958 in Gračanica. He graduated from Gazi Husrev-beg's madrasah in Sarajevo. He then enrolled at the ITF (Islamic Theological Faculty - Present FIN) in Sarajevo, where he graduated in 1983. He completed his postgraduate studies at the University of Zeitun in Tunisia, where he completed his master's thesis entitled: El-Kenzu fil-kiraatil-ashera - dirase ve tahkik (Scientific processing of a manuscript on ten kiraet), 1990.

After that he returned to Bosnia and Herzegovina, where he made his adequate contribution in defense of his homeland. After aggression against her homeland, she went on to pursue her doctoral studies at the same University in Tunisia, which she successfully completed in 1999. The topic of the doctoral dissertation was: El-Inajetu bil-Qur'anil-Kerimi fil-Bosna munzu fethiha ilel-an (The study of the Qur'an in Bosnia from the advent of Islam to the present).

Upon returning from her PhD, she will serve as the imam/hodja of  IC Mostar for the next eight years. During the same period, as an external associate, he worked at the Džemal Bijedić University, where he taught the Da'va course at the Department of Islamic Religious Studies, and at the Karađoz-beg’s madrasah in the Akaid case (two years) and the Imamet course (seven years).

He was a long-time associate of the Cantonal Ministry of Education (HNK), as well as the Inter-municipal Pedagogical Institute in Mostar, for the purpose of passing the professional examinations of teachers and professors of Islamic religious education.

In the period 1993-1997 he was the editor and head of the religious program at Radio Hajat in Pazarić. He has participated in numerous scientific and professional symposia in Bosnia and Herzegovina as well as abroad. He has published and published about fifty reviews and professional papers. He has participated in the translation of capital works in the field of tefsir and hadith, among which we particularly emphasize Tefsir Ibn Kesir and Sahih Muslima.

He has published four books so far, and has co-authored two with another authors.

He is a lecturer in subjects in the field of Islamic missionary as well as comparative religions, and currently holds the position of vice-dean for Teaching and Student Affairs at IPF in Bihać.